Green Clean
Janitor is a job available at the Green Clean. It was added in Version 0.5.6 along with the Woodcutter job.

As a janitor at Green Clean, the player will clean up trash as well as clean graffiti off of buildings.

There are three types of trash, and two different cleaning animations.

There are spilled sodas, trash heaps, and graffiti. Once a mess is cleaned, another will appear. Trash only seems to appear around the front of the store, along Stylez Hair Studio, as well as around Bloxy Burgers.

Trash heaps seem to be slightly randomized, spilled soda cups are multicolored, and graffiti will say miscellaneous things, some of which relate to the game and its developers. For instance, one of the various types of graffiti says "Coeptus", who is the owner and developer of Welcome to Bloxburg.

Inside of Green Clean, the player can speak to Glen the Janitor, though his dialogue is limited. At the back of the store, there are various shelves stocked with cleaning supplies. Upon entering the room the work shift will begin and the player will be given the tools necessary for the job. 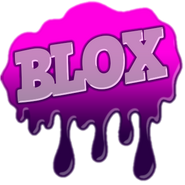 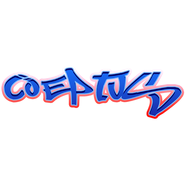 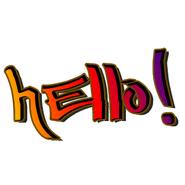 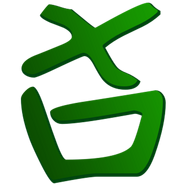 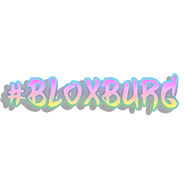 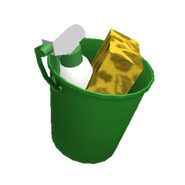 A janitor cleaning up trash on the ground.

A janitor cleaning up graffiti on a wall. 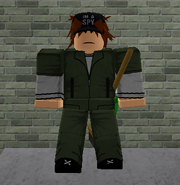