The Elf Hunt 2020 was a special event in Welcome to Bloxburg.

As part of the 2020 Christmas update on December 10, 2020, Coeptus added the "Elf Hunt," which is a month long event omitted from the update log.

Since the Elf Hunt was omitted from the official update log, its existence was not widely known about until December 12, 2020, when the Twitter community caught on, two days after the update. At the time, only 5 elves were able to be found.

December 17, 2020 - Tenth elf located on the back of the Bloxy Acres sign near the Parking Garage. (Takes Gingerbread Cookie)

December 18, 2020 - Eleventh elf located on the left of the tunnel to the neighborhoods near Bloxy Acres.

December 21, 2020 - Fourteenth elf located under the ramp at the Gliding Range.

December 22, 2020 - Fifteenth Elf is inside the trash can inside of Green Clean Janitor. (Takes Gingerbread Cookie)

December 23, 2020 - Sixteenth elf is located on one of the Ferris Wheel Supports

There will be no more elves spawning after the Sixteenth.

These elves must be fed cookies in the correct order, otherwise the next one will not appear. See the below gallery for the correct order. Alternatively, you can find several YouTube tutorials on the subject. 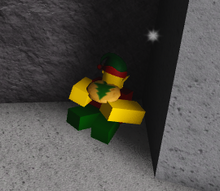 The 1st elf, found by the Observatory's parking lot. 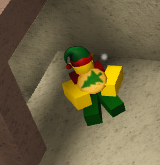 The 2nd elf, found on the Observatory deck. 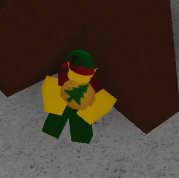 The 3rd elf, found under a tree on top of the mountain. 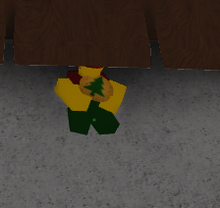 The 4th elf, found under the pedestrian bridge. 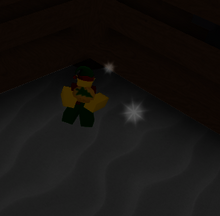 The 5th elf, found under the pier. 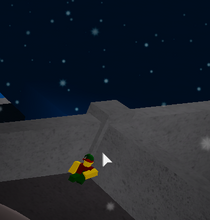 The 6th elf, found on top of the parking garage.

The 7th elf, found in the back left corner of BFF Supermarket. 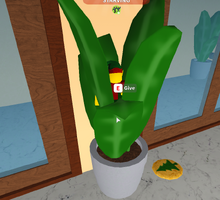 The 8th elf, found in the Town Hall on the second floor.

The 9th elf, found where the river ends.

11th elf, found next to the tunnel at Bloxy Acres

12th elf, found on the 2nd tier of the mountain

13 elf, found inside the yellow tent at the campsite 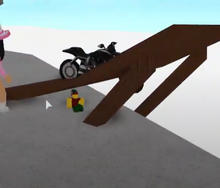 14th elf found under the ramp on top of the mountain

16th Elf located at one of the ferris wheels supports

As Coeptus has not made any information public on the event directly, there have been several theories as to what might happen once all of the elves are found, or even when the event will stop. Some believe the event will continue until Christmas Day, while others believe there are only 13 elves in total. Nobody knows what will happen on the day the event is concluded, but some speculate a trophy or other exclusive prize will be in store. While these theories are in no way conclusive, they do offer a look at what may be possible. (Though these theories have been proven not to be true. Only the last one has not yet been proven).