There are a variety of Easter Eggs that can be found in the city of Bloxburg. An Easter Egg is a hidden feature or thing that often times references something about the game or other games. Most players may not notice or be aware of these features.

There are currently seven (7) known Easter Eggs in Welcome to Bloxburg, with one Easter Egg being removed in an earlier update.

The miniature Coeptus is located between the Observatory and the back wall.

Seen above is a closer photo of the miniature Coeptus.

A small model of a noob (or Coeptus' former avatar), can be found near the observatory. To find it, go through the tunnel near Riverside Estates, as soon as you exit the tunnel it will be on the ground to the right.

As part of the 2020 Christmas update, the miniature Coeptus (mentioned above) turned into an elf. If you fed the elf a Holiday Cookie, he would eat it and in return give you a cash prize. Once he was done with his cookie, he would disappear and leave behind a pile of crumbs, then later spawn in a different place on the map the next day.

On the news channel, there are many headlines that will appear under 'Breaking News'. One unique headline that will appear is 'Mikedop was here', in reference to Mikedop, one of Coeptus' friends and a Contributor of [Welcome to Bloxburg.

Located in the Language drop-down of the options are four languages known as Robonese, Oofish, Alienic and Baby Babble

Oofish changes all text to variations on the word "oof"

Alienic changes all letters to have accent marks.

Baby Babble changes all text to be baby talk. 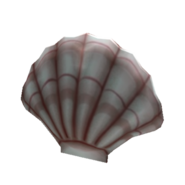 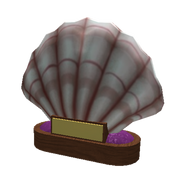 Near the observatory, there is a spot under the water in which players can find a unique decoration that is unobtainable anywhere else in the game. It will spawn at a random time during the night and can be picked up when it spawns.

If a player digs down to a certain point in the miner job, they may eventually find a hole in the unbreakable perimeter. Inside the hole, there are a series of small noob-like characters celebrating a Ticket (Tix for short), a discontinued currency that was used on Roblox.

When a player visits the Gliding Range and take a glider, then takes a strong right, they will eventually land on the rock border that is on the far outskirts of Bloxburg. If they walk all around the border to the very top of the Mountain, they will find a small opening with a single poster of a noob saying "OHAI :3".