Citizens are non-player characters (NPCs) in Welcome to Bloxburg. Most citizens are NPCs that only exist to allow the player to work at a job.

As of right now, there are seven notable citizens in Bloxburg that either offer the player jobs, guide them and sell items.

Unknown Citizens are not in the game.

Ben is an unseen character who is the possible owner/founder of Ben's Ice Cream. It is unknown why Ben is not implemented into the game.

A cashier scanning what the customer bought.

Citizens walking in and out of the Pizza Planet.

Another cashier and customer.
Maxresdefault.jpg
A picture of Pizza Planet, with the cashiers seen in it.

A person giving a customer pizza.

Mike Carson is seen in this photo of what is inside of Mike's Motors.

Glen seen while his job is being chosen.

A customer at Bloxy Burgers waiting for their order to be taken. 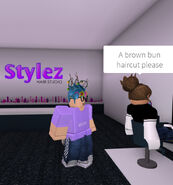 A citizen getting a haircut. 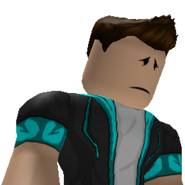 If you look very closely, you see citizens.