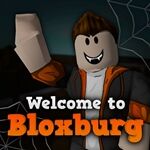 The Halloween Event is a special update that occurs each year in the Fall, bringing a variety of seasonal items and the Autumn map. These updates typically release in September or October, and the seasonal items are removed a few days after Halloween.

Players can typically expect these changes to occur when a Halloween update releases on Welcome to Bloxburg. A variety of seasonal items that will go on sale are:

Players can store these items in their inventory by leaving the items out until the update passes and removing them.

Players can head to their neighbors and trick and treat during Halloween, and players can leave candy bowls out where they can choose a large variety of candies, which does not require any permissions to take from. Players can also cook special meals like Pumpkin Cookies and Halloween Cupcakes during this event to celebrate as well.

The map will transition into Autumn, where the grass will turn brown and the trees will have different colored leaves. Some trees may include a leaf pile next to them to imply that the trees’ leaves are falling, and the map sets itself up for the Winter map. Introduced in Version 0.9.1, two locations are added in this event, Plenty O’ Pumpkins and the Graveyard and will make a return each year.