Ben's Ice Cream is located on the edge of Bloxburg across The Fishing Hut and the Ferris Wheel, nearby locations also include Gazblox and the Parking Garage.

Ben's Ice Cream is an orange hut with a roof that resembles vanilla ice cream with rainbow sprinkles. The entire shop is designed to look like a cup of Ben's Vanilla Ice Cream. The purple logo "Ben's Ice Cream" appears on the front of the hut. There are three purple windows with posters between them.

Inside the hut, there is an ice cream station, where NPC customers can order ice cream. 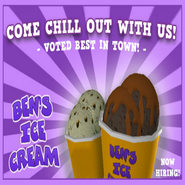 A Ben's Ice Cream employee during their shift. 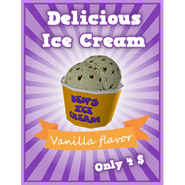 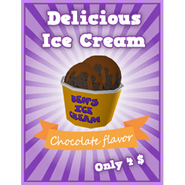 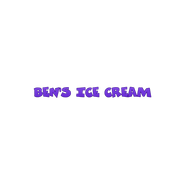 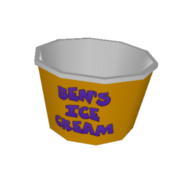